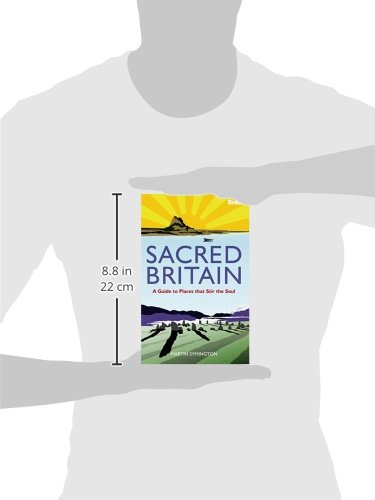 Britain is packed with places to visit that can be called 'sacred'. Many are tourist sites, such as Iona, Lindisfarne and Stonehenge. Many more are out-of-the-way pilgrimage destinations, druidic circles, holy wells or obscure islands that few people would find without this book. Some are only recognised as 'sacred' by people with a special interest: Karl Marx's tomb in Highgate cemetery or the island on Althorp where Princess Diana is buried. This book journeys from pilgrimage sites with tombs of martyrs and scenes of medieval miracles to the remote islands of Iona, Bardsey and Lindisfarne, as well as to modern Buddhist, Hindu and Islamic shrines. It visits pre-historic stone circles and ancient chalk hill carvings such as the phallic Cerne Abbas giant. As well as sites of myth, legend, and apparition it covers shrines to philosophers and locations revered for their connections with art, music, literature, sport and crime. A fascinating take on travel in the British Isles, perfect for those looking to explore the spectacular sacred places on offer. This hardback book has 214 pages and measures: 22.5 x 14.5 x 2cm.