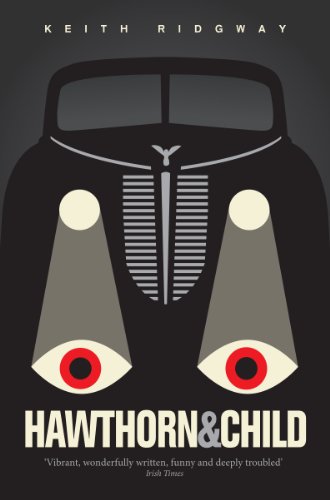 The two protagonists of the title are mid-ranking policemen operating amongst London's criminal classes, but each is plagued by dreams of elsewhere and, in the case of Hawthorn, a nightlife of visceral intensity that sits at odds with his carefully-composed placid family mask but has the habit of spilling over into his working life as a policeman. Ridgway has much to say, through showing not telling, about male violence, crowd psychology, the borders between play and abuse, and the motivations of policemen and criminals. But this is no humdrum crime novel. Ridgway is writing about people whose understanding of their own situations is only partial and fuzzy, who are consumed by emotions and motivations and narratives, or the lack thereof, that they cannot master. He focuses on peripheral figures to whom things happen, and happen confusingly, and his fictional strategies reflect this focus, so that his fictions themselves have an air of incompleteness and frustration about them. It's a high-wire act for a novelist but one that commands attention and provokes the dropping of jaws.