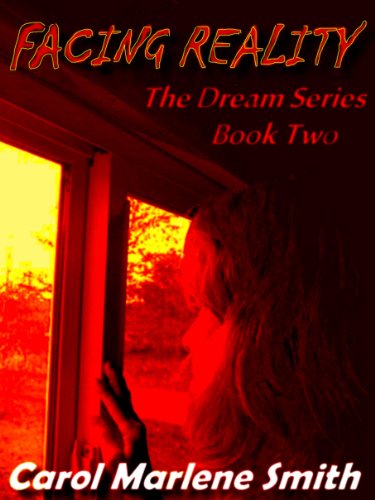 Marlee Sweet has travelled the South in search of love, only to find heartbreak and the end of her dream. Book two of the Dream Series takes Marlee back to Canada where she stays a while, but after much turmoil and dissatisfaction, she heads back to the US of A.

Not quite sure where her life is going and with her dream in tatters, Marlee becomes a singer. She eventually marries Nick, but her nights with the band and on-the- road adventures are too much for him. He wants Marlee to quit and for them to have a family.

The marriage falls apart and Marlee is faced with a dilemma that takes her back to Nova Scotia. She eventually marries Sam and lives a peaceful, quiet existence...or so it seems, until Joe comes back in her life.

Excerpt:
When I had a break, I went to sit with them. Mark was very complimentary about my singing but Julia just kept quiet. I had the feeling that maybe she was a bit jealous. I stayed about five minutes, but I saw they had a lot of catching up to do so I left them and went back to the bar. I ordered my usual zombie and when I took a sip, I felt Byron plunk himself next to me. I was getting used to his cologne by now.

"Well, Coppertop, what's new tonight? Got some friends, I see."

"Look." I turned towards him, grasping my drink tightly in one hand. "What's with this coppertop stuff?"

"You've got a coppertop, simple."

"So is that gonna be my nickname now? Thanks, but I already have a nickname."

''What? Marlee's a nickname? What's your real name then?"

"It's Lily Marlene." Byron snickered into his drink. I continued, "My mother named me....after the song." I felt stupid. He acted like it was a weird thing. "So don't snicker, since you were probably named after Lord Byron."

Byron hooted over that one. "Oh, yeah, since my mother was such an intellect. She probably never heard of him. Anyway, I was named after her old man, so they say."

"Your grandfather? Then maybe he was the one named after Lord Byron."

"What the fuck does it matter?" Byron's angry eyes shot darts at me.

"Only that he's my favourite poet."

"Yes, he was a rebel and a womanizer...much like yourself...but he was sensitive and often depressed."

I scowled at him. "Shut up. You know nothing about me."

Byron took a drink. "Why are you always so moody anyway?"

"Why are you?" I answered, not caring to have this conversation any longer.

He gave up then changed the subject entirely. "Run into anyone on the street lately?'"

"Stop picking on me, Byron."

"What were you doing that day I met you anyway?"

"I told you, I was daydreaming."

"With your eyes closed? Don't you know that's dangerous on a busy street?"

"Christ, it was only for a couple of seconds."

"Yeah, but look what happened? What were you thinking about?"

"I was pretending I was in New Orleans, all right? Now shut up about it."

"What?" He sputtered his drink all over his chest. He began rubbing at it with a napkin.

I tried to explain. "It was a hot day and the breeze felt right. I just wanted to be there..."

"You just wanted to be there? Have you ever been there?"

"Yes, of course. I was there last summer and I was reminiscing."

"And you want to be there again?"

"What's there? Gotta be a man." Byron was fishing. And I was glad the break was over. We left our drinks and went back to the stage.