Showing Demon Hunting In The Deep South by Lexi George 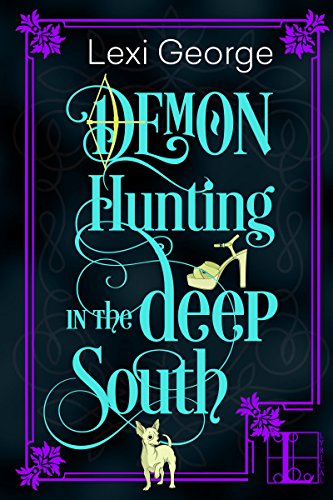 Hotter Than A Demon In Panties

Evie Douglass doesn't know what's worse--the demons secretly infesting her small Alabama hometown. . .or human belle-from-hell Meredith Starr Peterson, who's made her life miserable since high school. But when the "Death Starr" is brutally murdered and Evie is the number-one suspect, she's suddenly besieged by the evil-not-dead-enough and Meredith's furious specter. The only way she can clear her name is to get out from under demon hunter Ansgar's grim protection. He's blond, breathtaking, and the most lethal of all his kin, but after years of teasing, Evie is wary of anyone who swears her plus-size self is beautiful. However, having Ansgar all over her is sparking outrageous powers Evie didn't know she had. And she'll face any ultimate evil to keep this sexy slayer in this dimension and in her bed for all eternity. . .

Praise for Demon Hunting in Dixie