Showing The Kills by Linda Fairstein 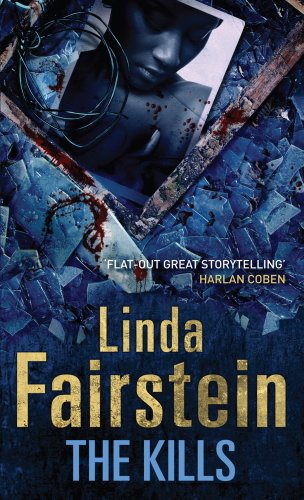 Paige Vallis claimed that she gave in to Tripping's sexual demands because he had threatened to harm his son if she didn't. Alexandra Cooper, prosecuting the ex-CIA man, knew she had her work cut out to convince the jury, but before Paige could complete her testimony on the stand she is found dead - strangled in her own apartment building, just hours after she'd confessed to Alex that she had had a relationship with another ex-CIA operative. While the accusation of rape against Tripping is dropped, he has other charges to face, not least abusing his own child. As Tripping's defence team go into overdrive to keep their client out of jail, Alex, Chapman and Mercer set out to discover who so conveniently killed the woman who could have put him behind bars. As they peel back the layers of Paige's life, they discover a decades-old viper's nest of robbery and double-dealing and discover that truth of the adage of money being at the root of all evil - however old and 'respectable' it might be.