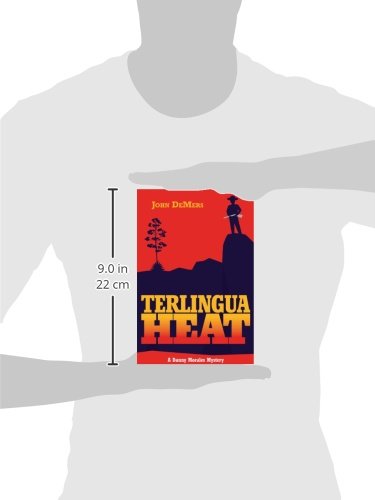 Against the hard, cruel realities of the West Texas borderland, John Demers gives us a new hero: a lean, smart, tough-minded Big Bend river guide named Danny Morales. Danny is a former newspaper photographer from San Antonio, making a life under an assumed name in the funky, chili-crazed, end-of-the-road watering hole of Terlingua. He lives one day at a time with an oddball collection of aging losers, dropouts, and runaways, who gather to swap tall tales and lubricate away their troubles. As part of an investigation of a new expansion of San Antonio's convention center, Danny uncovered a web of shadows weaving together the 1963 JFK assassination in Dallas and the back-room politics behind the 1968 HemisFair. Until Danny can return to San Antonio and face his deepest fears, all he can do is run. In the end, his life, and the truth behind one of America's greatest mysteries, will hang by a single cable seven hundred feet above the floodlit trees of HemisFair Park.