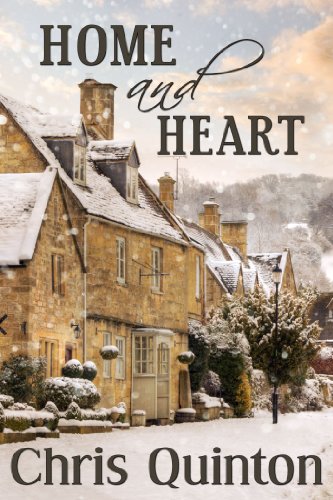 It's December in the Cotswolds, deep in the heart of England, and Ben Elliot of Home-Safe House & Pet Sitting is looking after Mrs Bonney’s home and two dogs while the elderly lady is away for two months recovering from an operation. When her black-sheep grandson, Adam Prescott, turns up on the doorstep, Ben has to take in the stray human as well. Adam, hurting and betrayed by family, boyfriend and Fate, needs to have his faith in others restored, and Ben decides he is the one to do it.

Having gone through an acrimonious split with his boyfriend, Adam has no home, no money, no job and nowhere to go, except his grandmother's house. The son of an abusive, violent father, there's a lot of anger and resentment in him, demons he must exorcise. When he learns an unpleasant truth about his father, Ben helps him come to terms with it, and to find a new direction for his life - together, Ben hopes. But then Adam's ex-boyfriend shows up, offering him the world on a platter if only Adam will come back to him.

Christmas may not be a time of celebration for Ben.