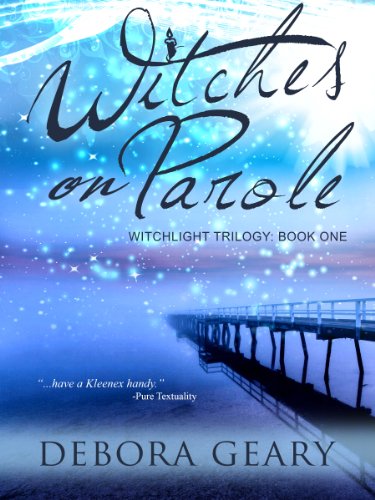 World-famous (and now retired) photographer Jenvieve Adams has a debt to repay—and a soft spot for witches who have lost their way. Or so she thinks, until they actually show up.

Join some of the cast of characters from the very successful A Modern Witch series as they take on a new kind of journey as guides for WitchLight. What happens when an obsessive psychologist and a wordsmithing delinquent get dropped into Witch Central?

Note: Witches on Parole is a spin-off trilogy, set in the world of the A Modern Witch series. This trilogy can be enjoyed on its own, but if you haven’t yet read A Modern Witch, you might consider doing so—many of the characters featured in Witches on Parole get their start in the main series. For those who are already fans of the main series, this book falls between book 2 and 3, but can easily be read anytime after book 1.