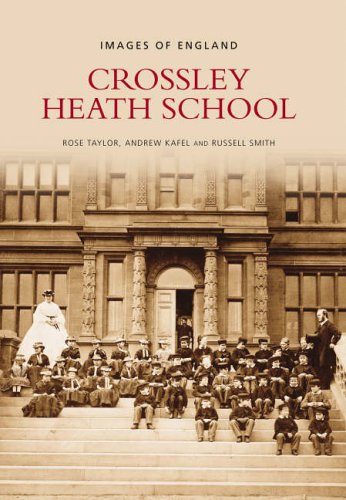 The story of the Crossley Heath School is ongoing and is one of significant acedemic success, which is fitting because the school is the product of the amalgamation of two rival establishments, Heath Grammar School and Crossley and Porter Grammar School, both which provided a fine education for the young people of Halifax. Heath was founded in 1597 by the vicar of Halifax to provide a free, classical education for boys. The Crossley Orphan Home was the 1864 creation of the altruistic Crossley family and subsequently became a mixed grammar school. The two schools merged in 1985 to become the Crossley Heath School. The illustrations in this book were drawn from an enormous fund of largely unpublished archive material and it is hoped that the reader will recieve a brief insight into the histories of the former schools and the modern success story of Crossley Heath. It is worthy of its roots and by virtue of the weight of its history is one of the oldest institutions in Halifax. Gaudeamus igitur - let us indeed rejoice. Crossley Heath is a school to be proud of.