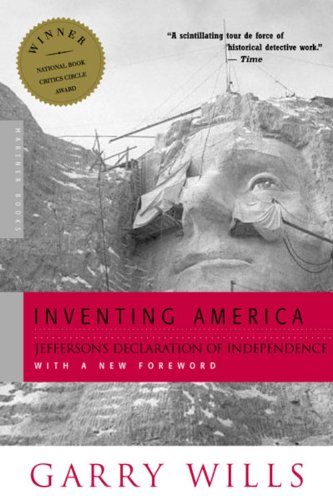 Inventing America From one of America's foremost historians, Inventing America compares Thomas Jefferson's original draft of the Declaration of Independence with the final, accepted version, thereby challenging many long-cherished assumptions about both the man and the document. Although Jefferson has long been idealized as a champion of individual rights, Wills argues that in fact his vision was one in which inter Full description