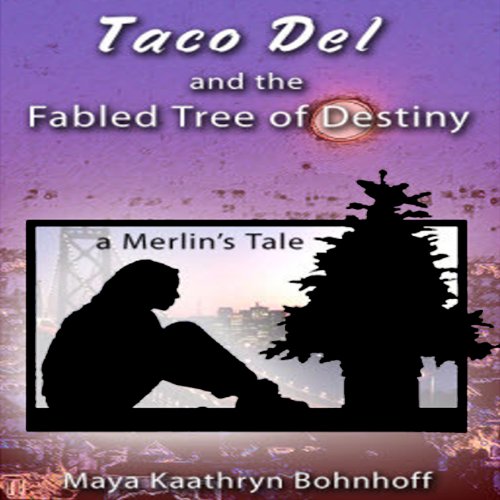 Visit a future San Francisco in which Golden Gate Park and the Presidio are thriving farms, luxury hotels are the palaces of neighborhood kings and book shops are treasuries of wisdom. This is the world of Taco Del, Merlin to His Majesty, King of Embarcadero. In this world, the young wizard must unravel a great mystery to save his besieged kingdom. King Elvis wants to steal its secrets, mysterious outsiders want to expel its citizens, an ancient and sinister Force threatens spiritual domination. Salvation rests on the slender shoulders of Taco Del and his unlikely allies-a red-haired Chinese girl, a ghostly tribe of Mission Indians and a small fir tree named Doug.