Showing Back of Beyond by C. J. Box 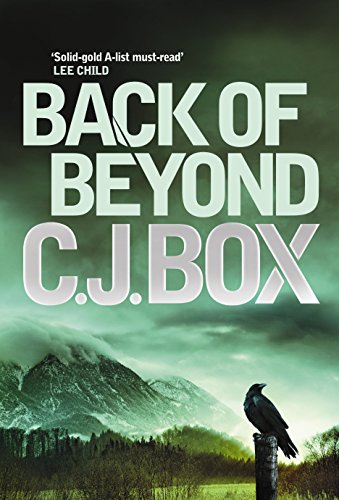 Twilight falls on a cold, wet spring day in the mountains of Montana. A cabin smolders in the forest. In the remains of the kitchen, a table set for two; next door, the remains of a single body.

Alerted by hikers, Detective Cody Hoyt is called to the scene. While a brilliant cop, Cody is also an alcoholic struggling with two months of sobriety and it doesn't help that the body in the cabin is his AA sponsor Hank Winters. It looks like the suicide of a man who's fallen off the wagon, but Cody knows Hank better than that. He's convinced its foul play.

But after years of bad behavior directly related to his drinking, Cody has few friends left in the department. And when he shoots and wounds the county coroner in a botched stakeout he is suspended from duty. But Hank was one of the few friends Cody had left and he's determined to find his killer, badge or no badge.

Who was at Hank's cabin? Data pulled from Hank's fire-damaged hard drive leads Cody to a website running wilderness adventures deep into the most remote parts of Yellowstone National Park. Their big trip of the year has just left - a two-week horseback journey into the wild. The very same trip that Cody's estranged teenage son, Justin, has signed up for.

Cody has no choice but to trek deep into the wild himself in pursuit of his son and the truth about Hank. In America's greatest wilderness, Cody is on his own, he's out of time, he's in too deep, he's in the Back of Beyond.