Showing Marius' Mules: The Invasion of Gaul by S.J.A. Turney 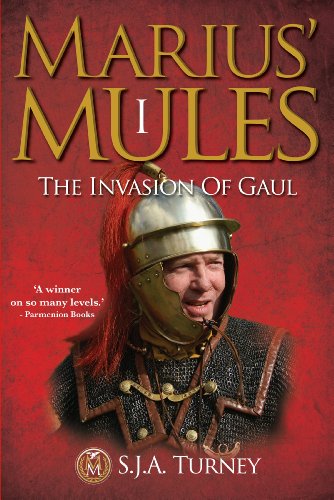 It is 58 BC and the mighty Tenth Legion, camped in Northern Italy, prepare for the arrival of the most notorious general in Roman history: Julius Caesar.

Marcus Falerius Fronto, commander of the Tenth is a career soldier and long-time companion of Caesar's. Despite his desire for the simplicity of the military life, he cannot help but be drawn into intrigue and politics as Caesar engineers a motive to invade the lands of Gaul.

Fronto is about to discover that politics can be as dangerous as battle, that old enemies can be trusted more than new friends, and that standing close to such a shining figure as Caesar, even the most ethical of men risk being burned.