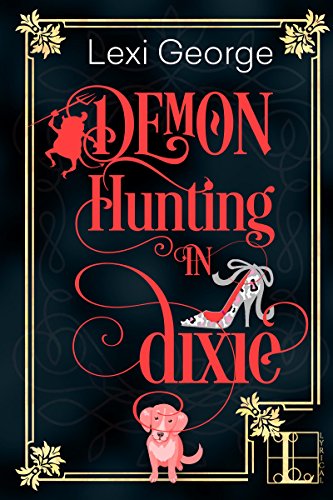 Addy Corwin is a florist with an attitude. A bad attitude, or so her mama says, ‘cause she's not looking for a man. Mama's wrong. Addy has looked. There's just not much to choose from in Hannah, her small Alabama hometown. Until Brand Dalvahni shows up, a supernaturally sexy, breathtakingly well-built hunk of a warrior from-well, not from around here, that's for sure. Mama thinks he might be European or maybe even a Yankee. Brand says he's from another dimension.

Addy couldn't care less where he's from. He's gorgeous. Serious muscles. Disturbing green eyes. Brand really gets her going. Too bad he's a whack job. Says he's come to rescue her from a demon. Puh-lease. But right after Brand shows up, strange things start to happen. Dogs talk and reanimated corpses stalk the quite streets of Hannah. Her mortal enemy Meredith, otherwise known as the Death Starr, breaks out in a severe and inexplicable case of butt boils. Addy might not know what's going on, but she definitely wants a certain sexy demon hunter by her side when it all goes down. . .