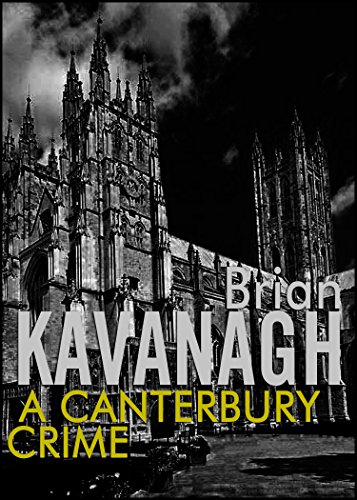 The ancient walled city of Canterbury has held many secrets over the centuries.

But none are more mysterious than the death of Professor de Gray.

When the amateur detective Belinda Lawrence is called in to evaluate the contents of the Professor's Tudor Manor House, she suspects foul play.

But why would anyone murder a harmless academic?

De Gray was about to publish a book that he promised would re-write the history of St Thomas Becket, who was murdered in the Cathedral in 1170.

Could that be a motive?

As she starts to investigate, Belinda uncovers an intricate web of secrets that leads to the killer - but which also threatens her life.

‘A Canterbury Crime’ is a brilliant re-invention of the classic English village murder mystery, following on from the best-selling 'Capable of Murder'.

Belinda Lawrence is a lively young heroine who pits her intellect against cold-blooded and ruthless killers - a character who is among the most memorable and engaging in modern detective fiction.

‘A Canterbury Crime' is perfect for fans of Peter James, Elizabeth George and Peter Robinson.

“A classy mystery that will keep you up half the night.” – Robert Foster, best-selling author of The Lunar Code.