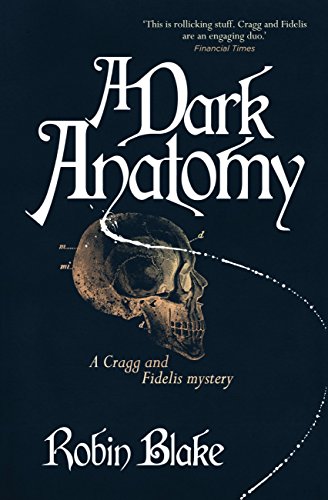 The year is 1740. George II is on the throne, but England’s remoter provinces remain largely a law unto themselves. In Lancashire a grim discovery has been made: a squire’s wife, Dolores Brockletower, lies in the woods above her home at Garlick Hall, her throat brutally slashed.

Called to the scene, Coroner Titus Cragg finds the Brockletower household awash with rumour and suspicion. He enlists the help of his astute young friend, doctor Luke Fidelis, to throw light on the case. But this is a world in which forensic science is in its infancy, and policing hardly exists. Embarking on their first gripping investigation, Cragg and Fidelis are faced with the superstition of witnesses, obstruction by local officials and denunciations from the squire himself. A Dark Anatomy marks the arrival of a remarkable new voice in mystery and a pair of detectives both cunning and complex.