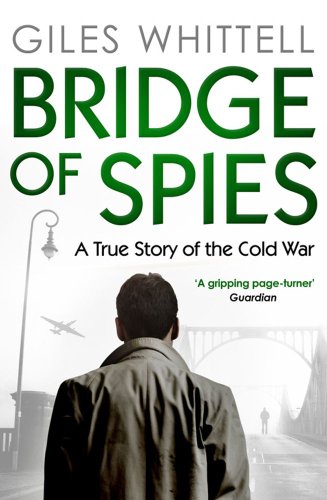 The dramatic events behind the film BRIDGE OF SPIES. Bridge of Spies is a gripping, entertaining, hair-raising and comical story, which moves effortlessly from the hardware of high-flying planes and new missiles to the geopolitics of the nuclear stand-off and through the poignant personal stories of its central protagonists: Powers, the all-American hero, blacklisted for not having killed himself on his descent to earth; a KGB spy who has spent aimless and lonely years achieving nothing in the US; and the opposing leaders Khrushchev and Eisenhower, both trapped in a spiral of confrontation neither wants. Telling the true story that inspired Le Carre's famous scene, Bridge of Spies is a brilliant take on the absurdity and heroism of the Cold War days that will appeal to a new generation of readers unfamiliar with the history but drawn in by the compelling and vividly recreated narrative.