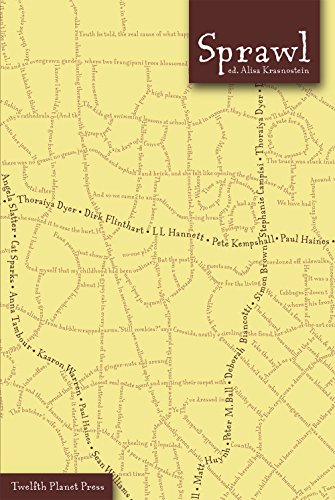 Sprawl is an exciting original anthology giving readers from around the world a unique glimpse into the strange, dark, and often wondrous magics that fill the days and nights of Australia’s dreaming cities and towns, homes and parks, and most of all, its endlessly stretching suburbs.

There's a lovely poem from Sean Williams; a piece of insight from Simon Brown; and smart intelligent pieces by Stephanie Campisi, Thoraiya Dyer and Kaaron Warren... the general quality is so high. - The West Australian

Sprawl is a collection of short stories by Australian writers and is an amusing, haunting and sometimes mind-bending glimpse into an alternative, yet strangely familiar, Australia. - Scoop Magazine