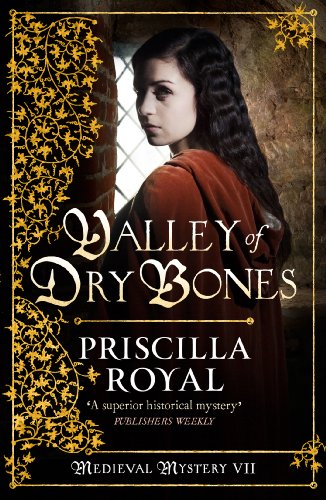 MEDIEVAL MYSTERY: On a remote East Anglian coast stands Tyndal Priory, home to a rare monastic order where men and women live and work together in close proximity. Twenty-year-old Eleanor of Wynethorpe has been appointed prioress by Henry III over the elected choice of the priory itself. Young and inexperienced, Eleanor will face a grave struggle - in a place dedicated to love and peace, she will find little of either.

VALLEY OF DRY BONES: In the late summer of 1274, King Edward I has finally been anointed England's ruler. His queen is contemplating a pilgrimage in gratitude, and emissaries have been despatched to Tyndal Priory to assess its suitability as a royal waypoint. But Death travels with them and Eleanor is soon embroiled in the dangerous world of power games, both secular and religious. After years of strife, a new king on the throne should promise the land a new beginning, but as Eleanor is going to discover, the ghosts of the past are not so easily laid to rest.