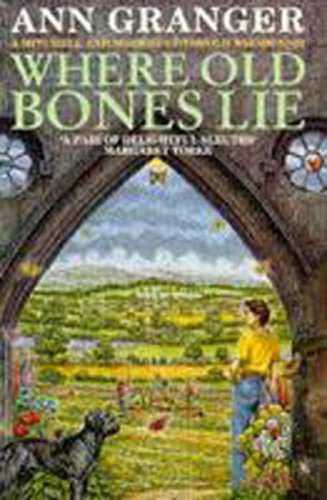 What do you do when you think your ex-lover has murdered his wife? That's the question Ursula Gretton, an archeologist working on the Saxon burial ground on Bamford Hill, puts to Meredith Mitchell in the hope that Meredith's friendship with Cotswold Chief Inspector Markby might cast some light on her dilemma. But Markby is dismissive of Ursula's suspicions concerning the disappearance of Dan Woollard's wife - until a body is found in the rubbish dump near the site Woollard and Ursula have been excavating.
Woollard's team of archeologists aren't the only ones to disturb the peace of the windswept hill. Much to the fury of a taciturn pair of local landowners, a band of New Age travellers has set up camp on the hill, only to disappear the day the body's discovered. Markby is faced with a tangle of conflicting clues, suspects and possible witnesses - amongst the latter Meredith Mitchell - and when a second body is found it is clear the web is growing evern more complex, and destructive.