Showing When I Was Five I Killed Myself by Howard Buten 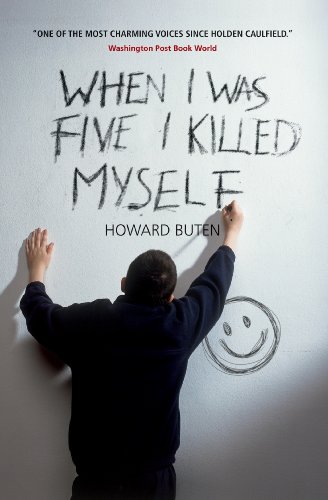 Burton Rembrandt has the sort of perspective on life that is impossible for most adults to comprehend: the perspective of an eight-year-old boy. And to Burt, his parents and teachers seem to be speaking a language he cannot understand. When Burt meets Jessica he finds solace from the problems of growing up, of dealing with parents and teachers and adults in general. But when he expresses the ardent love he feels for Jessica, he is placed in an institution with autistic, mentally retarded, sociopathic, and generally 'disturbed' children.
This is Burt's story as written in pencil on the walls of the Quiet Room in The Children's Trust Residence Center. It begins: 'When I was five I killed myself...'
This strange, funny and darkly touching tale explores the chasm between childhood and adulthood in the starkly honest words of a misunderstood little boy.
When I Was Five I Killed Myself is considered a modern classic in France where it has sold over a million copies. Buten's writing is compared with Hemingway and J.D. Salinger's The Catcher in the Rye.