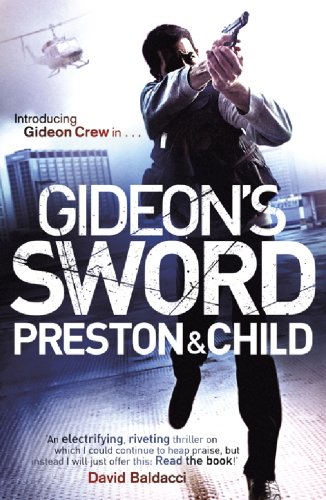 Meet Gideon Crew in the first novel in a high-octane new thriller series from the NEW YORK TIMES bestselling authors.

Revenge is sweet and Gideon Crew is about to get a taste.

As a child, Gideon Crew witnessed the brutal murder of his father; a scientist wrongly framed by the US government, during a dramatic hostage crisis. Twenty years later, Gideon finally gets his revenge and fulfils the promise that he made to his mother on her death bed; to bring down the powerful and corrupt man who destroyed his father.

The Crew family name is finally cleared, but Gideon's story is only just beginning. His daredevil act of revenge has not gone unnoticed and he is soon approached by a shadowy figure who offers him the chance of a lifetime. The only catch? He might not have that much lifetime left and the clock is now ticking.