Showing Line of Fire: The Firefighters of Station Five by Jo Davis 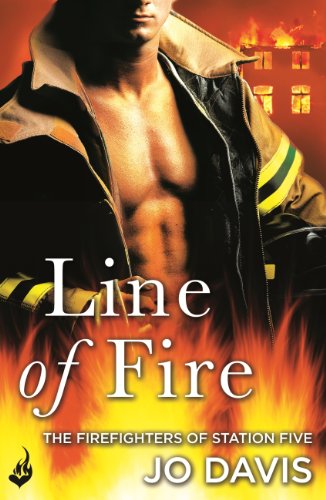 The fourth novel in JO DAVIS's scorching-hot series FIREFIGHTERS OF STATION FIVE, where the tough and sexy firemen give off their own heat...

To the other men of the A-shift, Tommy's a lucky guy who has it all. But deep inside, the golden boy of Station Five hides a private pain. He was once a star quarterback on the fast track, until tragedy derailed his dream. Since then, he's struggled with the choices he's made - including his decision to become a firefighter.

His one ray of light shines in beautiful nurse Shea Ford. And when a dangerous rescue lands Tommy in the ER, what better opportunity to win her over? As Shea gives in to her feelings for him, Tommy and she reach the heights of passion. But when a conspiracy culminates in deadly arson, Tommy will lose more than he ever imagined. A ruthless enemy is closing in, threatening to destroy the couple's love - and their lives.