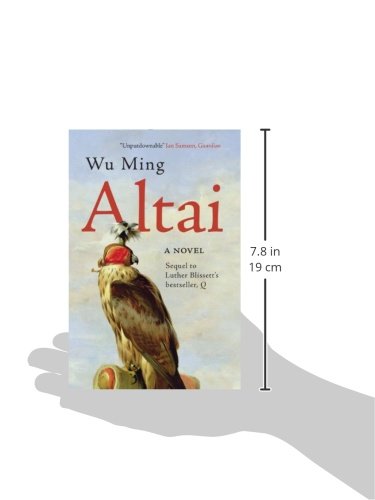 When Q was first published in 1999, it was an international sensation; returning to the same world of that extraordinary novel, Altai is a captivating story of betrayal, beliefs and the clash of civilizations. When a fire breaks out in the Arsenal of Venice in 1569, the enigmatic Emmanuele De Zante, spy catcher and agent of the Venetian secret service, finds himself in jail accused of treason, having been betrayed by his lover. He escapes and embarks on an odyssey that takes him to the Sultan's palace in Constantinople. Spiraling through a series of deadly political games, De Zante and his companions head toward a conflict that threatens the very nature of civilization. A historical epic spanning a continent scarred by war, Altai went straight into the bestsellers list when first published in Italy. It is a coruscating portrait of the divided world - east meets west - in the sixteenth century, where the great empires of the Republic of Venice and the Ottomans are on the verge of an epoch-making conflict. In this dramatic landscape, the authors' collective Wu Ming has created a powerful narrative of danger, identity and adventure.