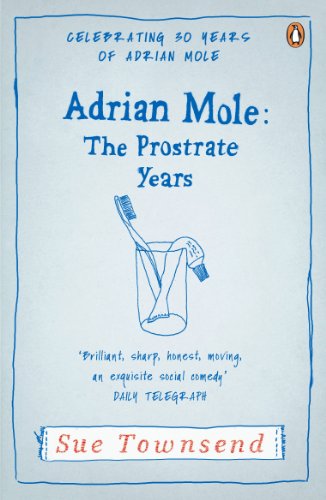 Sunday 1st July
NO SMOKING DAY
A momentous day! Smoking in a public place or place of work is forbidden in England. Though if you a lunatic, a prisoner, an MP or a member of the Royal Family you are exempt.

Adrian Mole is thirty-nine and a quarter. He lives in the country in a semi-detached converted pigsty with his wife Daisy and their daughter. His parents George and Pauline live in the adjoining pigsty. But all is not well.


The secondhand bookshop in which Adrian works is threatened with closure. The spark has fizzled out of his marriage. His mother is threatening to write her autobiography (A Girl Called Shit). And Adrian's nightly trips to the lavatory have become alarmingly frequent . . .

'A tour de force by a comic genius and if it isn't the best book published this year, I'll eat my bookshelf' Daily Mail, Books of the Year

Sue Townsend is one of Britain's favourite comic authors. Her hugely successful novels include eight Adrian Mole books, The Public Confessions of a Middle-Aged Woman (Aged 55¾), Number Ten, Ghost Children, The Queen and I, Queen Camilla and The Woman Who Went to Bed for a Year, all of which are highly-acclaimed bestsellers. Sue passed away in 2014 and is survived by her husband, four children, ten grandchildren and millions of avid readers.