Showing Capello: Portrait of a Winner by Gabriele Marcotti 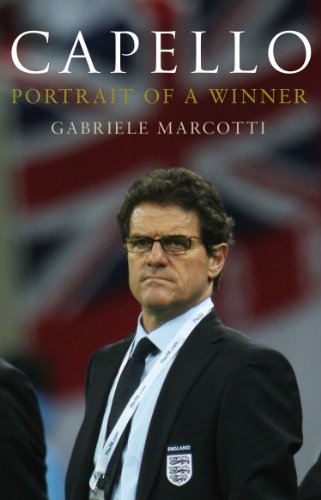 Fabio Capello is a born winner. As a midfielder with Roma, Juventus and Milan, he won four Italian league championships and two cups, and played for his country 32 times, scoring a goal at Wembley in 1973 in Italy's first ever win in England. As a manager, Capello's fierce determination has seen him win championships with every club he has taken charge of, from Milan in the early 1990s to Real Madrid with David Beckham in 2007.Now he faces his greatest challenge yet: to restore England to the top of world football and take them to the World Cup in South Africa in 2010 - and win. For Capello, nothing less than the best will do.

In Capello: Portrait of a Winner, award-winning writer Gabriele Marcotti travels from Capello's early days in Italy to the first months in his new job to tell the story of the man behind the steely glare. Capello has made more than a few enemies over the years, and Marcotti has talked to them all, as well as his closest associates. No-one has ever got this close to Capello before, and this is the story not just of a remarkable career, but of the life of a truly extraordinary man.