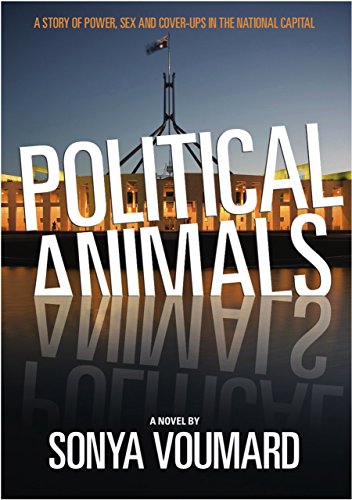 A genre-bending sexual and political thriller that races from Australia's national capital to its desert outback and beyond.
Australian author and journalist Sonya Voumard's Political Animals explores the mutually exploitative relationship between Australian politics and the media; the factional infighting; the sexual tension; the deal-making; the fragility of ethics when ambition, sex and career advancement collide. Ally Chesterton is a sassy, independent yet vulnerable thirty-something journalist with a painful past and something to prove. First published to critical acclaim in 2008, this compelling work of fiction has the unmistakable stamp of authenticity, its author having worked for many years as a political journalist.

" ... a sharp, dark and credibly drawn descent into the benthic relationship between Australian politicians and the media. With so many cookie-cutter political thrillers around it's refreshing to read one that's so savage and true to life."
The Age