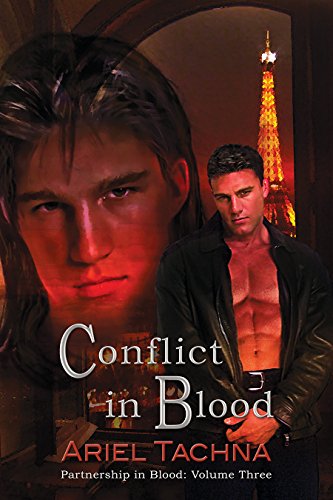 Sequel to Covenant in Blood
Partnership in Blood: Volume Three

As the Alliance wizard-vampire partnerships grow stronger, the dark wizards feel the effects and become increasingly desperate to find enough information to counter them, unaware of the growing strain of the blood-magic bonds on the wizards and vampires alike.

The conflict is spreading. The strife of uncomfortable relationships, both personal and professional, is threatening to tear up the Alliance from the inside, despite the efforts of Alain Magnier and Orlando St. Clair, Thierry Dumont and Sebastien Noyer, and even Raymond Payet and Jean Bellaiche, leader of the Paris vampires, who is fighting to establish a stable covenant with his own partner so he might lead by example.

As the war rages on and heartbreaking casualties mount on both sides, the dark wizards keep searching for clues to understand and counter the strength of the Alliance, while the blood-bound Alliance partners hunt through ancient prejudices and forgotten lore to find an edge that can turn the tide of the war once and for all.

This second edition received minor revision and proofing for re-release in honor of the publication of Partnership Reborn, the final book in the series.