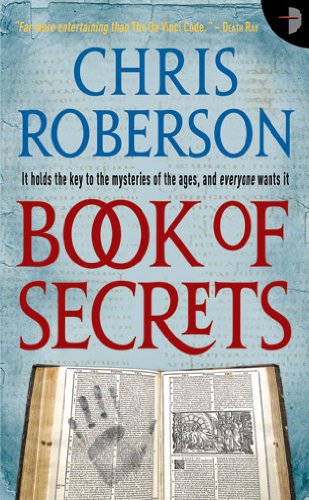 Reporter Spencer Finch is embroiled in the hunt for a missing book, encountering along the way cat burglars and mobsters, hackers and monks. At the same time, he’s trying to make sense of the legacy left him by his late grandfather, a chest of what appear to be magazines from the golden age of pulp fiction, and even earlier.

This tremendous modern fantasy is like The Da Vinci Code rewritten by the Coen Brothers. Already critically acclaimed worldwide for both his SF and fantasy series, Chris Roberson is at the very height of his powers. A lost classic, originally self-published by Chris as Voices of Thunder back in 2001, this revised, definitive edition, from the author’s preferred text, is published for the mass-market for the very first time.

“This is a very enjoyable novel of speculative fiction. It’s a rip-roaring read with a multi-layered plot and an original and surprising conclusion. I can see myself re-reading it for pleasure in future. What more can you ask of a book?”
- SF Crowsnest