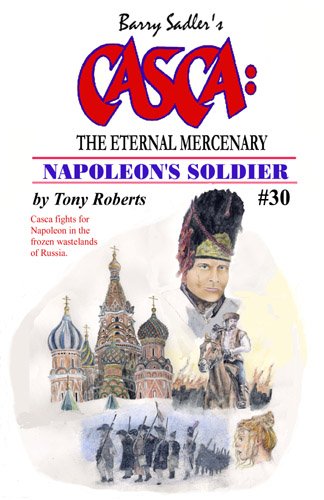 Napoleon prepares to invade Russia and so Casca answers the call to war and to fight for the eagles of Imperial France. But Casca knows that the Russian armies won't be the only opponent to face on the long difficult march to Moscow. The extreme cold of the winter will be a more deadly enemy than any soldier to the invaders. And not only these two known enemies plague Casca's mind; he has to deal with an unknown murderer lurking close by with a mission of his own, linked to the woman Casca has vowed to protect. And then there's the mystery of who raped, murdered and stole a valuable icon from a helpless Polish village, someone within the ranks close to Casca. The Eternal Mercenary must find the icon and the killer to fulfil a vow to a dying girl.