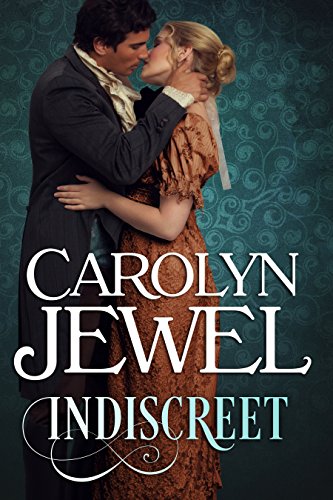 A woman disgraced by a lie. A beast of a man with a cold heart. Their love will transcend continents.

Sabine Goddard is a young woman of high standing raised by her Oxford Don uncle. When a lie destroys her reputation, she and her elderly uncle travel to Turkey to escape the gossip. In Constantinople, she meets Edward, Marquess of Foye, a man hurt by the lie that forced her to leave London.

Foye fascinates Sabine. He's outsized and refers to himself as a beast, but he doesn't care that she's better educated than many men. His belief in her innocence intrigues her and earns her admiration. Sabine captivates Foye and the far-from-handsome man can scarcely believe she returns his feelings.

When Sabine and her uncle fall into the hands of a Turkish Pasha, Foye will do anything to secure the safety of the woman he loves.

Indiscreet moves from Regency England to the exotic locales of Turkey and Syria in the midst of the Napoleonic wars. The winner of the 2010 Bookseller's Best Award for Best Short Historical Fiction, it features fast pacing, simmering chemistry, meticulous research, and strong central characters. (Indiscreet is about 93,000 words, 310 pages)

Indiscreet is one of them. It has the plot of an Italian opera, the theme of a fairy tale, and a writing style as rich, textured and gorgeous as only romances can be. --Gossamer Obsessions

Indiscreet has the perfect balance of intrigue, action, romance and desire to keep the reader hooked from page one to conclusion. Readers will find themselves rooting for Foye and Sabine and hopeful that they can overcome the odds to find the true love they each so deserve. Indiscreet is deliciously sensual and suspenseful in turn, a perfect formula for a wonderful romance novel. --Joyce Greenfield, ReaderToReader.com

Indiscreet is a beautifully written, almost epic type romance. The exotic setting adds to the luscious story between these two stoic and breathtaking characters. Edward, at first, comes across as cold and a bit egotistical. Sabine is shown as a woman who seems so lost because of a false indiscretion that has almost ruined her life. When these two enter each other's world, they are changed forever.
. . .
Carolyn Jewel is one author of the historical romance genre that you can always count on to deliver a book with an amazing story and a romance that will blow you away. Indiscreet is such a book. -- Babbling About Books

Ms. Jewel has written a wonderfully emotional story. The characters are interesting and engaging. Their pasts have formed them as they are in this book. The story is packed with adventure and danger. Over every other emotion, the reader will experience the depth of the love between Edward and Sabine. This is one of the best books I've read all year. I would highly recommend it to others. Leanne Davis – Fresh Fiction

I think that's just marvelous writing, the kind that makes me want to savor every word. There is such a smoothness to the language here and yet it doesn't call attention to itself because it directs all of our attention to the characters and what they are feeling. The result is some powerful emotion in the reader. --Dear Author

Jewel places strong, likable characters in a part of the world where they're challenged at every turn. --Linda Roberts, Romantic Times