Showing To Crave a Blood Moon by Sharie Kohler 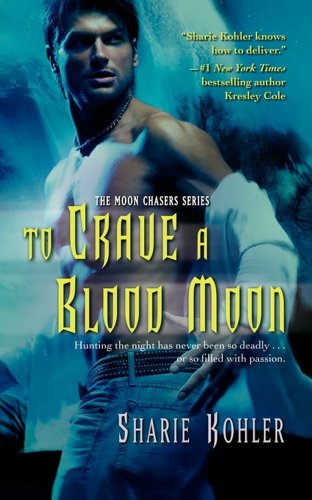 The third in Sharie Kohler’s sexy werewolf series, following the sultry paranormal novels Marked By Moonlight, and Kiss of a Dark Moon.

Psychic Chloe Ferguson has spent her life hiding from the emotions other people feel, until a pack of bloodthirsty lycans brutally attacks her and places her in a cell with a dangerous, starved, half-breed werewolf. Suddenly, she is overcome with terror, fury, and desire. What’s even more frightening than being on the fast track to becoming a lycan herself is her own blood-burning need for her darkly sexy cellmate. Half-breed Sebastian Santiago is more animal than human when Chloe is tossed into his cell. His enemies expect him to feed on her for survival, but the beautiful woman with the tender eyes of a wounded animal ignites a hunger in him that has nothing to do with his body’s need for food…and everything to do with his dark appetite to possess her, body and soul.