Showing Left for Dead: My Journey Home from Everest by Beck Weathers 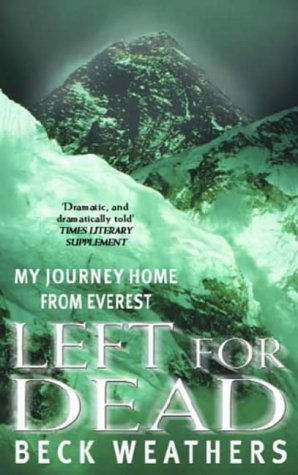 Left for Dead In 1996, the author and a climbing team pushed toward the summit of Mount Everest. Then a storm exploded, ripping the team to shreds, and forcing the brave men to scratch and crawl for their lives. Rescuers who reached Weathers saw that he was dying and left him. Twelve hours later, Weathers descended the mountain, described as "dead man walking". Here, he describes his experience. Full description