Showing A deep sense of wrong : the treason, trials and transportation to New South Wales of Lower Canadian rebels after the 1838 rebellion by Beverley Boissery 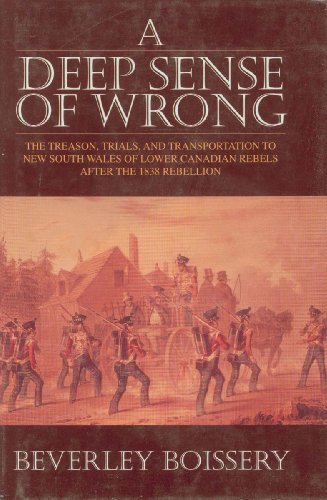 In 1839 fifty-eight men left Montreal for the penal colony of New South Wales. They were ordinary people who had been caught up in the political whirlwind of the 1838 rebellion. Even though they were all civilians, they had been tried by court martial. Convicted of treason, their properties forfeited to the crown, they paid a heavy price for rebellion. And as convicts in Australia, they were considered the lowest of a bad lot. During their years there, however, they earned the respect of Sydney’s citizens.