Showing The Sound of White by Carol Lynne 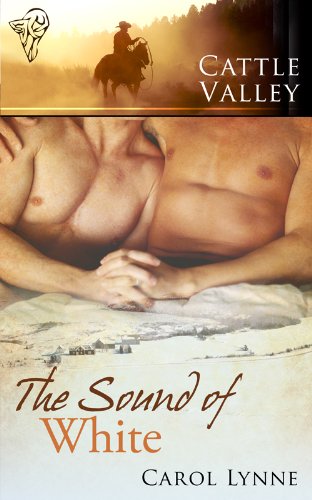 Finally healed after a beating that almost took his life, the last thing Richard Johnson needs is to be attracted to Chad Neal. He's got a bar to open and a heart to mend.

Despite his smaller stature, Tall Pines Lodge Manager, Chad Neal, needs to be in charge, both in the bedroom and out. So why is he attracted to a six-foot-three man who looks like he could rip the limbs from Chad's body?

Electrician, Collin Zeffer, longs for the kind of relationship he sees his friends have, but who would want someone as boring as him? When he meets the reclusive Abe Cross, Collin decides maybe there is someone made especially for him.

Hiding his face from the world, Abe Cross is content to live out his life alone. His cabin in the woods above Cattle Valley seems like the place to do it. The last thing he needs is a sexy as sin electrician showing up to remind him of what he can never have, but when an unexpected blizzard blankets Cattle Valley and the mountains above it, his life, and the lives of the three other men, will change forever.