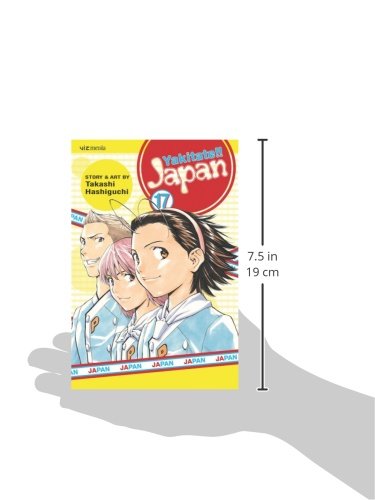 R to L (Japanese Style)England. France. Germany. What common thread binds these three nations together? Answer: each is famous for producing unique, distinctive, delicious bread. But what of the island nation of Japan, home to rice and delicacies of the sea? Is there not a doughy, gastronomic delight they can claim as their own? The answer is no...until now! Kazuma Azuma, a 16-year-old-boy blessed with otherworldly baking powers, has taken it upon himself to create Ja-pan, the national bread of the land of the rising sun!In the third round of their latest competition, Azuma's team squares off against a couple in ninja costumes, but this pair of stealthy bakers turns out to be Suwabara and Monica in disguise. Vowing to finally defeat Azuma head-on, Suwabara uses a legendary bread technique that literally twists the judge's body into knots...but will it be enough? And later, it is revealed that young baking genius Shigeru Kanmuri is actually the scion of a famous yakuza family. Will Kanmuri be forced out of the kitchen and into a life of organized crime?!