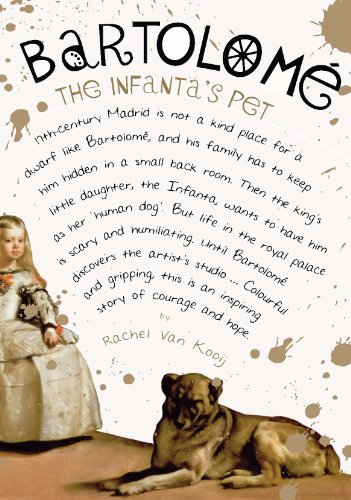 17th-century Madrid is not a kind place for a dwarf like Bartolomé, and his family has to keep him hidden in a small back room to protect him from being mocked on the street. He is ambitious, and longs to learn to read and write. His siblings arrange lessons with a monk in a local monastery, and they manage to sneak him out of the house and get the materials he needs to learn. But then the king’s little daughter, the Infanta, spots him on the street and wants to have him as her ‘human dog’. Life in the royal palace is scary and humiliating, until Bartolomé discovers the artist’s studio … Colourful and gripping, this is an inspiring story of courage and hope based on the painting Las Meninas by Diego Velazquez.