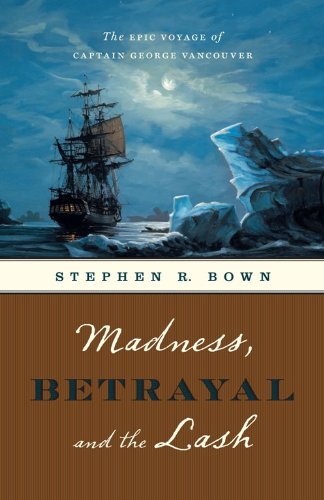 From 1792 to 1795, George Vancouver sailed the Pacific as the captain of his own expedition  and as an agent of imperial ambition. To map a place is to control it, and Britain had its eyes on America's Pacific coast. And map it Vancouver did. His voyage was one of history’s greatest feats of maritime daring, discovery, and diplomacy, and his marine survey of Hawaii and the Pacific coast was at its time the most comprehensive ever undertaken. But just two years after returning to Britain, the 40-year-old Vancouver, hounded by critics, shamed by public humiliation at the fists of an aristocratic sailor he had flogged, and blacklisted because of a perceived failure to follow the Admiralty’s directives, died in poverty, nearly forgotten. In this riveting and perceptive biography, historian Stephen Bown delves into the events that destroyed Vancouver’s reputation and restores his position as one of the greatest explorers of the Age of Discovery.