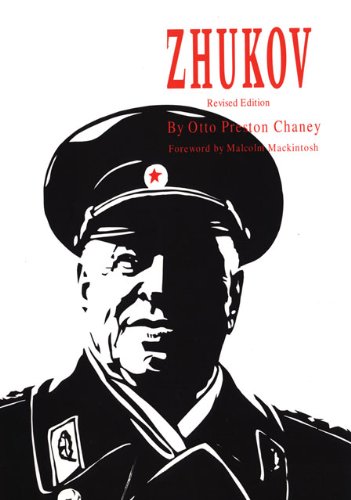 Marshal Georgi Konstantinovich Zhukov, hero of Leningrad, defender of Moscow and Stalingrad, commander of the victorious Red Army at Berlin, was the most decorated soldier in Soviet history. Yet for many years Zhukov was relegated to the status of "unperson" in his homeland. Now, following glasnost and the fall of the Soviet Union, Zhukov is being restored to his rightful place in history. In this completely updated version of his classic 1971 biography of Zhukov, Otto Preston Chaney provides the definitive account of the man and his achievements.

Zhukov’s career spanned most of the Soviet period, reflecting the turmoil of the civil war, the hardships endured by the Russian people in World War II, the brief postwar optimism evidenced by the friendship between Zhukov and Eisenhower, repression in Poland and Hungary, and the rise and fall of such political figures as Stalin, Beria, and Krushchev. The story of Russia’s greatest soldier thus offers many insights into the history of the Soviet Union itself.