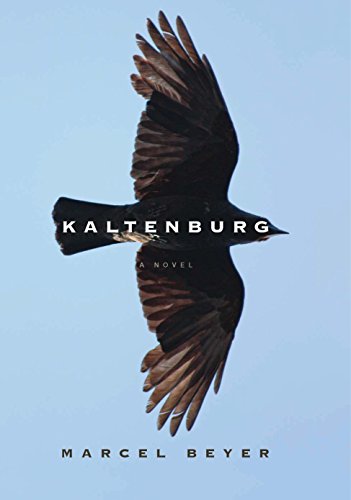 Hailed by The New Yorker as one of the best young novelists and recipient of Germany’s most prestigious literary awards, Marcel Beyer returns with a brilliantly wrought novel that brings to life both an individual and a whole world: the zoologist Ludwig Kaltenburg, loosely based on Nobel Prize–winner Konrad Lorenz, and his institute for research into animal behavior.

Hermann Funk first meets Kaltenburg when still a child in Posen in the 1930s. Hermann’s father, a botanist, and Kaltenburg are close friends, but a rift occurs. In 1945, fleeing the war, the Funks perish in the Dresden bombing, and Hermann finds his way to Kaltenburg’s newly established institute. He becomes Kaltenburg’s protégé, embracing the Institute’s unconventional methods. Yet parts of Kaltenburg’s past life remain unclear. Was he a member of the Nazi Party? Does he believe his discoveries about aggression in animals also apply to humans? Why has he erased the years in Posen from his official biography?

Through layers of memory and experience Hermann struggles to reconcile affection and doubt, to make sense of his childhood, even as he meets a woman with family secrets of her own