Showing The Given Day by Dennis Lehane 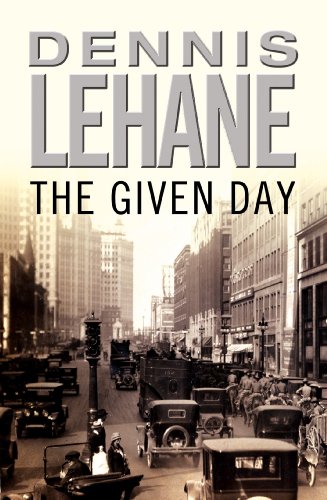 Boston, 1918. A city in turmoil as soldiers return home from World War One.

Danny Coughlin is the son of one of Boston's most powerful police captains. An undercover cop, he is hunting for revolutionaries and anarchists who are pledged to overthrow the city's ruling classes. But Danny's about to find out that doing his duty may also mean betraying those who are closest to him.

Luther Lawrence is on the run. Having survived a murderous confrontation with a crime boss, he lands a job in the Coughlin household. Desperate to find a way home for his pregnant wife, Luther is determined to avoid trouble. But it isn't long before his dangerous past and his tenuous present collide - with life threatening consequences.

As the city goes into meltdown, Danny and Luther must confront the storm of violence that threatens to engulf them if each is to survive...