Showing One Whiff of Scandal by Judith Arnold 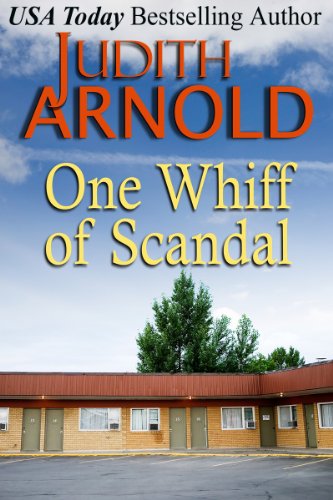 Originally published by Harlequin Books. Jill Bergland is an all-purpose reporter for the Record, a small, local newspaper serving the mill town of Granby, Rhode Island. While enjoying breakfast in the restaurant of a dive motel on the outskirts of Granby, she sees the city’s upstanding mayor emerge from one of the rooms just a few steps ahead of a scarily handsome young man. What was the mayor doing in the town’s infamous no-tell motel with a gorgeous blond stud? If she finds out, she can imagine a front page by-line for herself.

She’s not the only reporter on the story. Thanks to a tip, Griffin Parker of the Providence Journal has been chasing that handsome young man—a pimp reputed to be blackmailing wealthy johns. When Griffin’s path crosses with Jill, they both know they need to keep their distance in order to get their stories into print. Yet they keep running into each other—at press conferences, at stake-outs.

Both of them want to get the story first. Both of them are ambitious enough to sabotage their competition. But the real headline is that they’re falling in love—and how can you love someone you can’t trust?