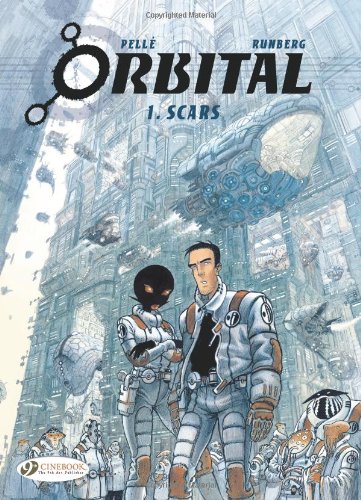 Orbital: Scars v. 1 In the 23rd Century, the humans and the Sandjarrs are allowed to join an inter-galactic multi-racial organisation. The humans are seen as an underdeveloped race by the organisation. The Sandjarrs had stayed out of interplanetary politics until there is a war between themselves and the humans. A human, and a Sandjarr, are trained to keep the peace. Full description