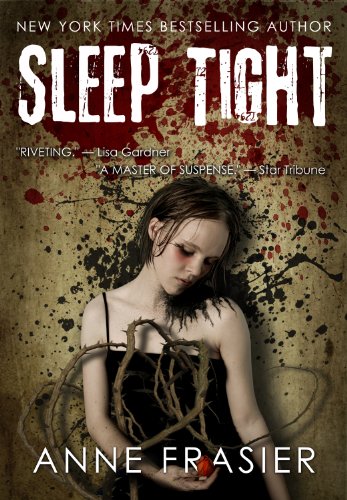 With her national bestselling debut, Hush, Anne Frasier joined the ranks of Tami Hoag, Lisa Gardner, and Kay Hooper as a strong new voice in blockbuster suspense fiction. Now she pits a female FBI profiler against a serial killer whose violent history has ties to her own tragic past.

Wake up, little darling. Do you like what you see?


He's looking for the perfect woman. Someone who won't disappoint him, like so many have before. Someone who'll love him. Someone who won't have to die for her mistakes. Give up, little darling. FBI agent Mary Cantrell has been called to Minneapolis to hunt down a killer. It's shaking her to the core, and reviving dreadful memories. Years ago, her best friend was murdered. Now the man convicted of the crime, Gavin Hitchcock, is free -- and Mary's own sister Gillian, a local cop, has befriended him. No one can hear you scream but me. As each clue leads them closer to Hitchcock, Mary and Gillian set themselves up as the perfect target -- and the perfect trap. Unless Mary's own past is blinding her to an unimaginable truth....and plunging her into a waking nightmare.

Publishers Weekly
Women who dye their hair blonde may think twice before heading to the salon after reading Frasier's (Hush) enthralling thriller about a serial killer who plucks the eyes out of his young blonde victims and grafts rose stems onto their fingers-all in an effort to create the perfect woman. Minneapolis FBI agent Mary Cantrell has a personal interest in the latest string of murders taking place in her hometown. The killer may very well be an old high school classmate named Gavin Hitchcock, who was convicted of raping and murdering her best friend and then released after serving nine years in prison. But when the abductions persist even after Gavin is returned to custody, Mary's sister, Gillian, a local cop who's befriended Gavin and believes him to be innocent, goes undercover to trap the real killer. Some vivid autopsy scenes may turn the stomachs of the squeamish, but there's a lot more to this clever intrigue than graphic police procedures. Indeed, one of Frasier's many strengths is her ability create characters and relationships that are as compelling as the mystery itself. From the estranged Cantrell sisters and their broad-minded mother to Mary's handsome partner and the troubled Gavin, Frasier's well-rounded characters will linger with readers long after the killer is caught.


Publishers Weekly:
"Frasier's well-rounded characters will linger with readers long after the killer is caught."