Showing Dancing Naked in the Mind Field by Kary Mullis 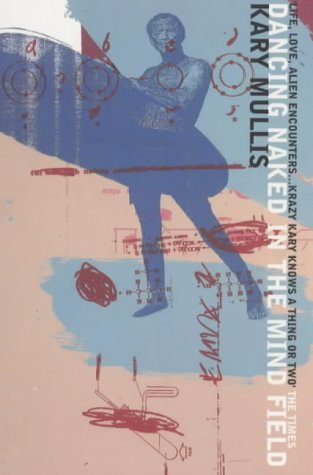 Kary Mullis won the Nobel Prize for his invention of the polymerase chain reaction, a chemical procedure that allows scientists to "see" the structures of the molecules of genes. Mullis is no shy, socially inept bench chemist, though; on the contrary, he has led as big and full a life as possible, opening himself to experiences like hallucinogenic drugs, surfing, casually handling dangerous chemicals, and taking shots at the sacred cows of science. Dancing Naked in the Mind Field is Mullis's own chronicle of his adventures, from wooing countless women to possibly being abducted by aliens, and it's a funny, shocking tale indeed. This man certainly doesn't suffer from lack of self-esteem, and yet you might want him along on a trip to the astral plane, say, or a tour of the human genome. Mullis is a fascinating character and his autobiography will put to rest forever the stereotype of scientist as skeptical nerd. --Therese Littleton