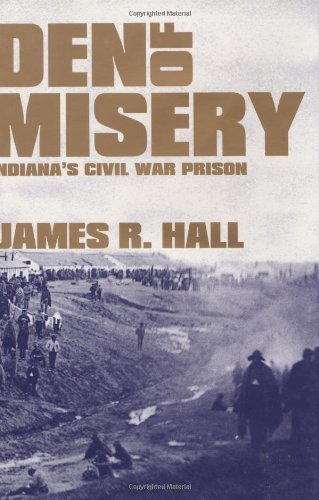 Much has been written about the horrors of Southern Civil War prisons, but very little has been written about the deplorable conditions inside Northern prisons. While deprivation affected even the civilian population of the South, the North used it as a tool to punish their prisoners. Twenty-five years after the war, a nationally prominent physician and medical researcher who had been incarcerated at Indianaï s Camp Morton leveled accusations against that prison, making clear for the first time that it was as inhumane as Andersonville. This book details the cover up and denials by prominent Den of Misery: Indiana's Civil War Prison details the cover-ups and denials as well as the cruel realities of the prison camp and chronicles the efforts by Confederate veterans to make known the truth about their experiences. The author includes a full list of prisoners who died at Camp Morton and are buried in a mass grave in Indianapolis.
Union politicians and military officials, and includes a complete prisoner list.