Showing Summer of '49 by David Halberstam 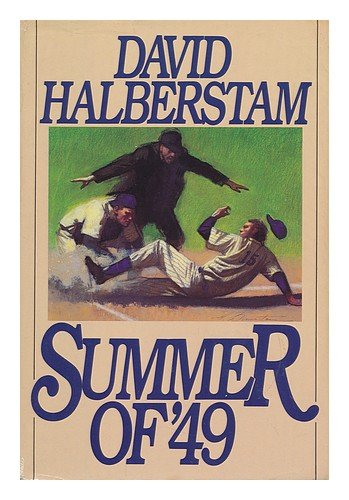 From Library Journal This book is ostensibly about the pennant race between the Yankees and Red Sox that year and the "rivalry" between Joe DiMaggio and Ted Williams. But, as he did in Breaks of the Game (LJ 11/15/81) and The Amateurs (LJ 7/85), Halberstam focuses on a season and studies an era. Baseball came of age in the summer of 1949. Postwar America looked to baseball for a sense of normalcy in its life; television began to have an impact on the sport; Jackie Robinson broke the color barrier. Summer of '49 is more than a collection of anecdotes. It is a study of all the elements and personalities that influenced baseball that year and beyond. Halberstam brings them together in such an enjoyable, interesting, and informative manner that a reader needn't be a baseball fan to appreciate the book. - Martin J. Hudacs, Towanda H.S., Pa. Copyright 1989 Reed Business Information, Inc.