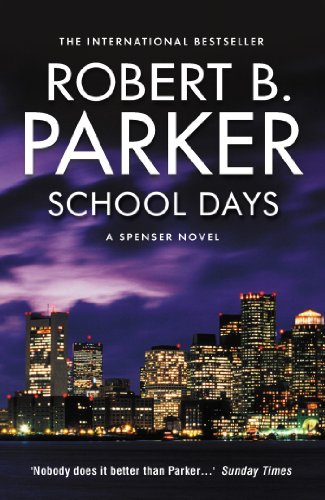 Lily Ellsworth — erect, firm, white-haired and stylish — is the grand dame of Dowling, Massachusetts, and possesses an iron will and a bottomless purse. When she hires Spenser to investigate her grandson Jared Clark's alleged involvement in a school shooting, Spenser is led into an investigation that grows more harrowing at every turn. Though seven people were killed in cold blood, and despite being named as a co-conspirator by the other shooter, Mrs. Ellsworth is convinced of her grandson's innocence. Jared's parents are resigned to his fate, and the boy himself doesn't seem to care whether he goes to prison for a crime he might not have committed. As the probe goes on, Spenser finds himself up against a number of roadblocks — from the school officials who don't want him investigating, to Jared's own parents, who are completely indifferent to the boy's defence. Ultimately Spenser discovers a web of blackmail and some heavy-duty indiscretions—and a truth too disturbing to contemplate. Before the case reaches its unfortunate end, Spenser is forced to make a series of difficult decisions—with fatal consequences.