Showing A History of County Wicklow by Arthur Flynn 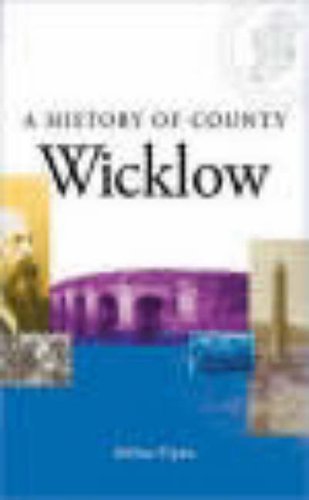 Wicklow, the Garden of Ireland, lies immediately to the south of the city of Dublin and has three distinct landscapes - A narrow coastal littoral gives way to upland farms which gradually rise towards the magnificent wilderness of the Wicklow Mountains. West Wicklow falls away from these heights through sheep-farming uplands towards the plains of Kildare. Wicklow was one of the last areas of Ireland to be shired. Its existence in its modern form dates only from the early seventeenth century. Traditionally, its society and economy have been dominated by the two coastal towns of Wicklow and Arklow. From the late nineteenth century, Bray in the north of the county became a watering place for Dubliners in the classic way of Victorian seaside resorts, and was quickly dubbed the Blackpool of Ireland. For many centuries, the high Wicklow Mountains provided a fastness in which Gaelic families resisted English rule, even though its power base lay less than fifty miles away in Dublin. Art MacMurrough Kavanagh harassed the troops of Richard II in the 1390s, and Fiach McHugh O'Byrne those of Elizabeth two hundred years later. Even after the subjugation of the Gaelic families, the sense of sturdy independence from its big metropolitan neighbour has been a distinguishing feature of county life. The Rising of 1798 embraced the southern part of the county, with a particularly important and bloody battle being fought at Arklow. Charles Stewart Parnell inevitably dominated the nineteenth century and is still remembered as the county's greatest son. The twentieth century has seen the county's traditional agrarian economy supplemented by tourism and leisure activities, as Dublin's residents explore in ever greater numbers the cultural variety and spectacular scenery of their near neighbour.