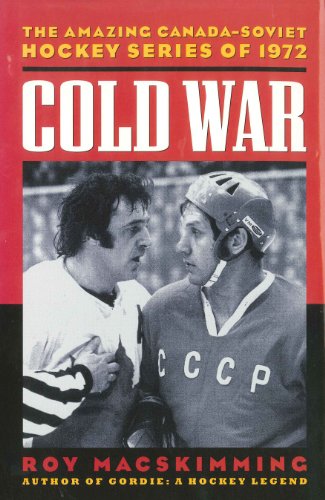 In 1972, after enduring years of embarrassing defeat at the hands of Soviet "amateurs," Canadian officials convinced their Moscow counterparts to allow a pre-season, eight-game series between the best hockey players from both nations. For Team Canada, this meant a chance to assemble a "dream team" of NHL professionals and show the world that they still owned ice hockey.

Cold War takes you to the back rooms of the diplomats and apparatchiks who sanctioned this unlikely confrontation -- and then puts you on the ice for the rest. The first four games were played in four different Canadian cities; the final four in Moscow. Despite the absences of Bobby Orr and Bobby Hull, Team Canada's lineup was memorable: the Brothers Esposito, Phil and Tony; Paul Henderson; Serge Savard; Ken Dryden; and Frank Mahovlich. Canadians across the continent were confident of a blowout. "Eight-game sweep!" the leading sports columnists predicted.

But the Red Machine came prepared. The Soviets' fast-paced game of precision passing and surgical attack caught the Canadians off guard. By the time the series headed to Moscow, the Soviets had jolted Canada and insured that the remaining games would be remembered as perhaps the most fiercely fought hockey of all time.